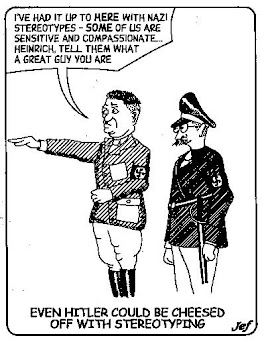 A false generalisation may involve drawing a conclusion about an issue based on too small a sample or on atypical cases. It involves making a claim about a group which is untrue or unsubstantiated. An example would be a statement such as: "Both my grandfathers were heavy smokers and died of old age in their 90s. So I don't think smoking causes lung cancer."

An over-generalisation, on the other hand, is a blanket statement which asserts that a whole group has certain characteristics when the characteristics in question may only be widespread or typical of the group rather than universal.ExampleCecily Backspace has just completed a study of gender and leadership based on open-ended interviews with bosses and workers. She has written an article for Financial World Weekly purporting to be based on her work. In the introduction to the article she states: "It is commonly accepted that women in leadership positions build consensus in work teams, whereas men seek to dominate through competition. My research project seeks to identify the impact of such leadership styles on subordinates..."

It may or may not be true that on average women in leadership positions seek to build consensus, but Cecily's blanket statement above suggests that this is her á priori belief. Even if it is true that on average, women seek to build consensus (when compared to men), her assertion that "women in leadership positions build consensus" is much too unequivocal. If what she asserts were literally true, then there would be no autocratic female politicians and no consensus-building male leaders.

Two more examples: (a) "Men are smarter than women" is a false generalisation because it is untrue; (b) "men are taller than women" is a true generalisation given the unstated assumption that it only applies "on average" and not to particular individuals. Unfounded generalisations are often the core of racial or gender stereotypes. For example, a person may assume all members, or almost all members of a racial or cultural group are violent because the two individuals from the group that they met in a dark alley last week were violent.

It is generally the case that enlightened people living in contemporary cosmopolitan cultures are sensitised to issues such as racism and sexism. They know that they shouldn't hold negative stereotypes about vulnerable groups in society, even if a member of such a group assaulted them with a broken beer bottle last night in the hotel carpark. Negative stereotypes are readily recognised as unfounded generalisations. Right-thinking people tend to avoid them because they understand they should not pre-judge an individual because of their group associations or characteristics.

However, people are less likely to recognise the flawed reasoning in positive stereotypes. Consider the following statement: "Indigenous peoples are more spiritual than people living in industrialised societies." Few would take offence at such a statement, but it is nevertheless a blanket assertion offered without evidence. As stated, it is clearly an unfounded generalisation and just as logically flawed as a negative stereotype.