A scientist as Minister for Science?

The recent election win of the Liberal-National coalition means Australia will have a bunch of new Ministers. It was assumed that the Member for Indi, Sophie Mirabella was going to get this port lose her seat, so she has ruled herself out.
As such, the only scientist elected to the House of Representatives, Dr Dennis Jensen, has put his name forward. Ordinarily I’d be in favour of such a thing. (But then again, how often do any Ministers have expertise in their portfolios….) 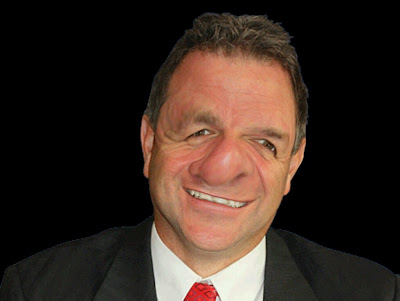 Unfortunately, Jensen is a climate change denier. This is itself I do not have an a priori issue with. I do have an issue when the denier is a scientist who misunderstands some of the basic rules of logic and reason. From the Age article:


Dr Jensen has made headlines by questioning the scientific consensus that humans are contributing to global warming.
Dr Jensen believes carbon dioxide is contributing somewhat to global temperatures, but not as much as the Intergovernmental Panel on Climate Change is suggesting.
Moreover, Dr Jensen does not think governments should be taking urgent action to reduce carbon dioxide emissions. “In the climate area there is appeal to authority and appeal to consensus, neither of which is scientific at all,” Dr Jensen told Fairfax Media on Thursday.
“Scientific reality doesn’t give a damn who said it and it doesn’t give a damn how many say it.” It was wrong to accept the view of the 97 per cent of climate scientists who agree that climate-warming trends over the past century are very likely caused by human activities, because “the argument of consensus … is a flawed argument,” Dr Jensen said.

Dr Jensen misunderstands the Appeal to Authority and what a consensus view in science means. An appeal to authority can be fallacious on two grounds:
He is right in saying that “reality doesn’t give a damn….” He is wrong in saying the argument of consensus is flawed. A consensus among scientists is hard fought and should be respected. Over years the experts in a field have studied “X” and the significant majority come to understand that “Y” causes (or doesn’t cause) “X”. By what basis can anyone outside that field challenge this view? Only someone within the field has any legitimate ability to challenge the consensus, and then, not by dismissing the consensus arbitrarily, or claiming they are the “next Galileo”. They have to convince their colleagues by doing more science.