Please abstain from euthanasia vote unless you're a closet fascist

One of the first debates of the first sitting of the newly formed federal parliament of Australia will be whether the two Australian Territories (the Australian Capital Territory and the Northern Territory) are allowed to legislate their own laws regarding voluntary euthanasia (as the states are able to). For the full rundown to the background of this story see here: http://en.wikipedia.org/wiki/Euthanasia_in_Australia 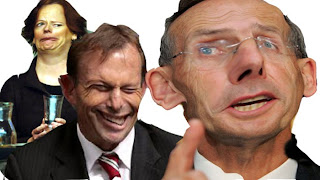 The major political parties (Labor / Liberal / National / Greens) have agreed this should be a "conscience" vote. It occurred to me a conscience vote is in fact a contradictory and self-defeating argument for those opposed to such legislation. (It is also offensive that these people don't seem to understand the contradictory position they are taking and believe they have the right to potentially force me to die a slow and painful death - perhaps I'll write more about euthanasia on another occasion.)

On one hand they agree that it should be up to someone's conscience to decide about euthanasia. This is clearly their position - that there is insufficient evidence or argument for or against euthanasia to the point that their party is unable to have firm and unified position, one way or the other. On the other hand, when an individual politician votes no, they make explicit that in their view, it is only their conscience that can be trusted, not the individual consciences of all adult Australians.

Note that I even think voting at all on a conscience vote is being somewhat contradictory. Even voting yes implies you think a conscience vote, and therefore a "no" vote, is legitimate. So in that sense, all our parlimentarians, except for those who abstain, are pseudo/closet fascists.
Posted by Theo Clark at 8:29 am