WHY I DISTRUST ACADEMICS 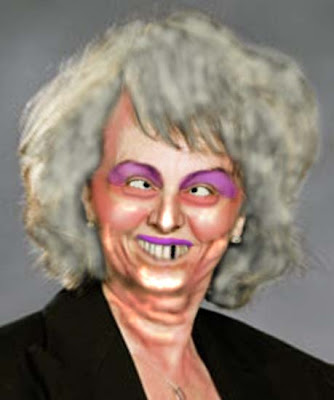 You only have to work among academics for a short time before you become aware of how biased they can be. Treasured theories will not be discarded lightly in the face of data which challenges those treasured theories.
Occasionally however, this issue can be thrown into stark relief. I was once in the privileged position of being able to talk to the "subject" of a colleague's study after the study had been published.
There was an astonishing mismatch between the study as reported and the subject's recollection of what happened during the study. I have no doubt the subject's version was the correct one.
I still can't decide whether the researcher's distortions were the result of stupidity or academic fraud. Either is a plausible hypothesis.
There is however no doubt that the research published by the academic concerned is worthless. Insiders know this, but the public and policy makers could be seriously misled by this wacky fantasist.
The picture is for visual interest only - it is NOT a distortature of the idiot concerned.
Posted by Jef Clark at 8:15 pm