OBAMA'S BURDEN - FROM THE ONION 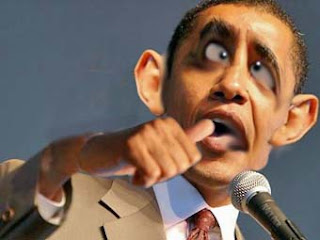 It is mere coincidence but this recent item from THE ONION relates to and reinforces well to my previous post below on Burden of Solution. Warning: while this is a serious website I suspect The Onion is inclined to satire.


WASHINGTON—In a slight shift from his campaign trail promise, President Obama announced Monday that his administration's message of "Change" has been modified to the somewhat more restrained slogan "Relatively Minor Readjustments in Certain Favorable Policy Areas." "Today, Americans face a great many challenges, and I hear your desperate calls for barely measurable and largely symbolic improvements in the status quo," said Obama, who vowed never to waver in his fight for every last infinitesimal nudge forward on the controversial issues of torture and the military ban on homosexuals. "Remember: Yes we can, if by that you mean tiptoeing around potentially unpopular decisions that could alienate a large segment of the populace." Washington insiders said that, while the new mottos are certainly in keeping with Obama's pledge of government transparency, they are significantly less catchy
Posted by Jef Clark at 11:53 am