Words worth espousing - trollop and strumpet 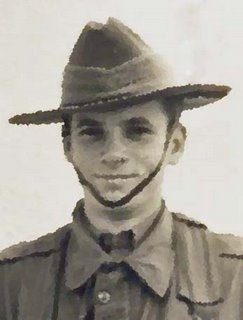 My erstwhile comrade and contemporary friend Richard (RMC) Carfirkin* (pictured) was moved by a previous post (bringing back prostitution) to do some semantic research. Here is his conclusion:

I suspect that the term 'sex worker' came into vogue (despite being described as euphemistic by the COD) so that it was non-gender specific. Maybe as well, prostitutes were closely associated with women who did conventional 'sex' as opposed to what was done by those who tied up and whipped their subjects etc and perhaps never actually had contact with them (is this a Clintonesque argument?). There are forms of massage services (according to the advertisements in our local paper) that are'non-sexual' but obviously very erotic. I think that we are destined to live with the word as being a non-gender description for people (of legal age) who sell sexual services to others!

I think Richard may be right, it's almost too late to suppress "sex workers" (the expression, not the vocation) and to promote "prostitution" (the word, not the vocation). In any case, there's a far more important semantic battle to fight. I refer to the declining use of two excellent words which MUST be preserved by all who love the articulation of richly evocative and emotionally loaded archaisms. They are "trollop" and "strumpet".

I even have a suggestion for euphemists who like to use the awkward construction "sex worker". Please consider using "rent-a-trollop" or "strumpet-for-hire" as an alternative to "sex worker". Less ambiguous, gender-specific, proudly assertive and factually accurate.

*A pseudonym which will allow RMC types to identify Richard, but not his present employers!
Posted by Jef Clark at 10:52 am