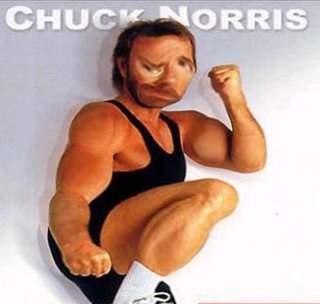 I decided to embrace my Hungarian heritage today, when I read this story:

A new bridge in Hungary could be named after the action film actor Chuck Norris after officials left the naming to an internet vote.