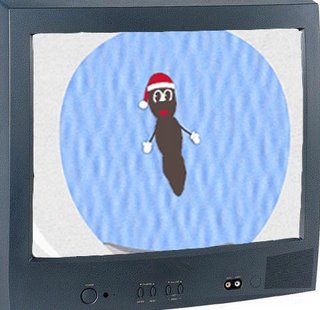 New research suggests that elderly women who watch daytime soap operas and talk shows are more likely to suffer from cognitive impairment than women who abstain from such fare.

Back to the point. It could be that watching garbage on TV makes elderly women stupid, or, of course, stupid elderly women may be attracted to watching crap shows, as they are too stupid to enjoy anything else. Or it could just be a coincidence.

To conclude that it’s the TV shows which are causing lower cognitive ability is a classic case of Confusing Correlation with Causation. To be fair, the article I’ve examined, doesn't end up doing that; it goes on to cite the researchers’ emphasis that they do not propose a hypothesis as to what causes what:

Researchers stress that it's not clear if watching these TV shows leads to weaker brainpower, or vice-versa. And they say it's possible that another explanation might be at work... Their findings appear in the March issue of the Southern Medical Journal.

If I were a gambling man I’d guess it’s a bit of both. Stupid to start with and you then become stupider the more you watch. (I’ll "justify" this position with Flawed Circular Reasoning. You’d have to be stupid to watch it in the first place, as only stupid people would watch it. And you get stupider as you watch it, as you’d have to be more and more stupid to continue to do so.)

Note - Obviously (I hope!) I am not implying I'm and elderly woman (not that there's anything wrong with being and elderly woman) at the beginning of the post where I pretend [deliberate emphasis] to be stupid. (And apologies to Monty Python.)
Posted by Theo Clark at 10:58 pm