Terry Lane leads us up the garden path - again! 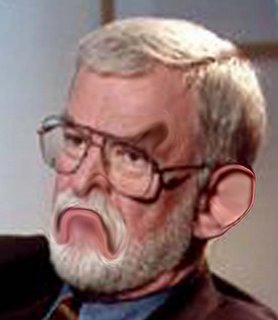 Terry Lane, in his January 15th column in The Age (Time for Beazley to take a real stand) makes a number of his usual "off the top of the head" assertions. Most of these assertions are made as if they are matters of fact. The following extract is a typical example:

In fact, opinion polls taken in Iraq demonstrate the ambivalence of the people. On the one hand, the overwhelming majority are delighted to be rid of Saddam but, on the other, they detest the occupation and want the foreigners to leave. In such a situation, the only possible justification for foreign armies continuing the occupation is to prevent civil war. But if the Iraqis would rather take their chances, then it is time for the foreigners to leave.

The paragraph begins with a direct assertion: "In fact, opinion polls...". This is a crystal-clear and classically crafted example of a False Attribution, for which we thank you Terry. In our book Humbug!, our (abbreviated) definition of false attribution as follows:

The advocate appeals to an irrelevant, unqualified, unidentified, biased or fabricated source in support of an argument.

We can't check for ourselves whether or not Terry's alleged source is biased or fabricated, because he chooses to leave his alleged source unidentified.
Posted by Jef Clark at 9:11 am