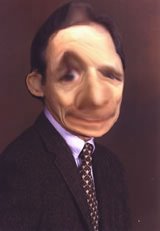 I will be visiting this article – Gold Star Junkies – on more than one occasion as it has many examples of fallacious thinking. (Though this is not to say the article itself doesn’t raise worthwhile issues in education.) The Author, David Ruenzel, cites psychologist Edward Deci, who raised an eyebrow at the idea of public recognition and rewards for people's achievements:

Deci obviously didn't like anything having to do with rewards systems, including award assemblies — "ghastly" he called them.
Ruenzel continues, explaining to Deci that a particular school in California:


…in an attempt to curb escalating discipline problems, began rewarding well-behaved kids with periodic assemblies. …The school also handed out a $5 bill and food certificates on Fridays to a randomly selected student with perfect attendance and good behavior.
…the award policies were fervently defended by parents. …Half Moon Bay is a liberal, Northern Californian community… "This is nothing that touches on the issue of liberalism," Deci said. "For a lot of well-to-do professionals, rewards are an element of their own obsession with achievement. They may all belong to the Sierra Club, but their obsession with success blinds them to the potential problems with rewards."

In one sweeping statement Deci makes an Unfounded Generalization and Impugns the Motives of these students' parents. They all belong to the Sierra Club and the reason they support rewards is because they are obsessed with success (says the successful psychologist!).

I think Deci is wrong to Impugn their Motives. These parents are, most likely, genuinely concerned with their children. I hazard a guess that they hold their views because they are simpletons, lacking the great psychologist's personal insight and expertise. If only they could see things from his perspective. If only they had spent years and years perfecting research in order to prove humans are primarily intrinsically motivated (and as such, behaviourism wrong). Please, you would believe me if you were me… I'm (Special) Pleading with you.

Update: Gold stars are okay after all
Posted by Theo Clark at 12:41 am