One of the main problems with arguments from analogy is that it's often quite easy to reverse them. From The Guardian:


The Republican presidential hopeful Mike Huckabee on Sunday said... forcing people opposed to same-sex marriage to accept it was the same as telling Jews they had to serve “bacon-wrapped shrimp in their deli”.

No Mike, no. Saying gay people are not allowed to marry would be like Jews telling non-Jews they can't eat bacon.

You've actually just made an argument for gay marriage. We live in pluralist democratic societies with governments that (should) say: "You're free to follow your own beliefs and ways of living so long as you don't force those beliefs on others." 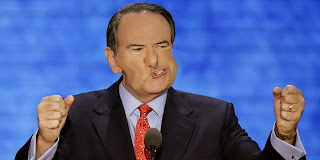