Accusation that the opponent is: insincere; running a hidden agenda; "in denial". 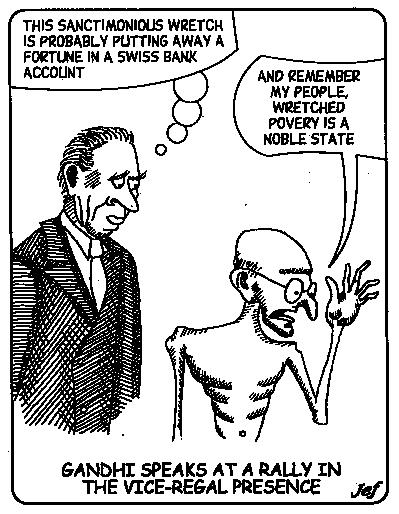 There is a staff meeting being held in a high school maths department. Jill Flypaper (the advocate) says: "I know the real reason why you are arguing the merits of voice recognition computer software Barry, you just want everyone to know that you are the expert and that you have more technical knowledge than the rest of us."

But it's also possible to interpret the comment as implying that Barry is sincere, but simply unaware of his "real" motives. While the accusation of insincerity or delusion may in fact be true, there is no way of knowing whether it is or isn't. Even if true, it is not a compelling reason for rejecting the purchase of voice-recognition software. At the most, it is a reason to be cautious about Barry's argument and for examining it carefully. In the final analysis, the case for purchasing the software needs to be decided on its merits, rather than dismissed out of hand because of supposed suspect motives.

The problem with the tactic of casting doubt on motives is that discussion between antagonists can degenerate into a spiral of accusation and counter-accusation. While witnesses to such arguments may form conclusions about the motives of the protagonists, and weigh one against another, they could be totally wrong. The most credible and apparently forthright people might be devious in the extreme. While a "shifty-looking" person might in fact be very honest.

The seeker after truth will be alert to, and recognise the use of, the fallacy of impugning motives and will draw attention to any attempt by an advocate to use it. They will point out that all behaviour and opinions are by definition motivated. Motives for any point of view can be assumed, but not the nature of those motives. Further, idle speculation about motives may be completely incorrect, and even if such speculation is correct, it does not usually clarify a debate or help determine the actual merits of a point of view.

In our view, anyone who engages in gratuitous speculation about motives is motivated by malice. Except the authors of this book. When we speculate about motives, we do so in a spirit of disinterested enquiry, and our speculations have proven in the past to be almost invariably correct.
Posted by Theo Clark at 5:28 pm