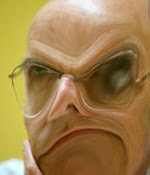 Rarely in our history has a federal government pursued such a high level of immigration as the Howard Government. Each year about 130,000 new migrants arrive on our shores… the Government plans to increase the numbers.

The fact that John Howard, who has gained re-election by exploiting Hansonite xenophobia, has presided over a record inflow of foreigners is an irony little remarked, not least because the Government tries to keep the figures quiet.

There are two types of humbug I wish to examine here. First is a Self Defeating Argument - with the statement that the government exploits xenophobia in the electorate yet is responsible for mass immigration. These two claims from Hamilton are inconsistent, and given one of them is a fact (130000 immigrants), the other (xenophobic electorate) would seem to be false. However, it could be true if it was also a fact that the government tries to keep these figures quiet (as he claims). Well, I found the figures in about 2 minutes of browsing. Perhaps it's just an uninterested media?

The second bit of humbug actually voids the first in a way. Technically, Hamilton doesn't offer up a Self Defeating Argument, as he hasn’t actually linked the immigration numbers to the claim of xenophobia. As a matter of fact, he hasn't provided any evidence for this claim. He is simply Propagating a Factoid.

Now, I could be wrong about all this. The Howard government might try to keep the immigration figures quiet to keep onside with a xenophobic electorate. But Hamilton hasn't provided one shred of evidence for these claims.
____________________
Source: It's life, but certainly not as we want it - Clive Hamilton - Sydney Morning Herald - December 30, 2006.