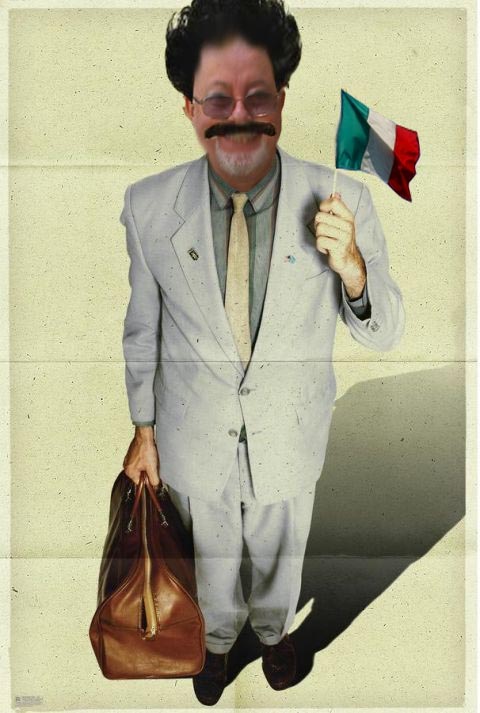 Recent visitors may have gathered that I am currently in Rome. I am, as has been pointed out by Theo, engaging in cultural learnings of Italia for make benefit glorious nation of Australia.

Today I engaged in some informal study of beggars and their habits. The most successful beggar by far seemed to be the fellow sitting on a busy pavement with three large and contented dogs. Passers-by seemed to be responding far more to the dog variable than (say) the limbless variable or destitute child variable used by other beggars. I walked close by the dog-beggar in the course of my researches and he said in English (as he rattled his tin) "is for food for dogs". (He had rightly judged that I spoke English, possibly because of my unfashionable clothes and reserved anglo manner.)

As a result of his utterance, I decided on an impromptu experiment to test his bona fides. I gestured to him to wait there (probably not necessary) and walked off purposefully. I walked a block to a small supermarket and bought a two kilogram bag of Pal dry dog food. I walked briskly back to the beggar and dogs and presented the bag of Pal with a flourish.

The dogs seemed pleased, but the beggar did not. I had saved the beggar a walk, had saved him having to go to the supermarket, saved him having to carry food back to his dogs. And yet he was, to be frank, positively rude (I think the fist and forearm raised skywards with a slap to the biceps is probably not a nice gesture).
_________
Update (by Theo): I had to put the picture in.
Posted by Jef Clark at 2:28 am