Sod off to Canada 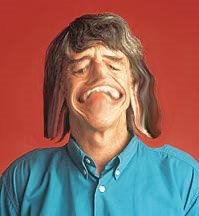 Either this guy lives in a different country to me, or this is an example of False Positioning? "Futurist" (more like paranoid conspiracy theorist - here's his web site) Richard Neville, has a cry in The Age - Poor, poor pitiful Oz:

Puffed-up politicians on both sides of the House seek from new arrivals a pledge of citizenship that endorses "Australian values" at a time when our values are tangled in a global tumble-dryer. That a government should demand such endorsement is itself a violation of a core Australian value - the freedom to think what we please. To think, for example, that numerous values exemplified by our Prime Minister are crap. Like truth avoidance, flag fetishism, excessive secrecy, anti-intellectualism, witch-hunting the whistleblowers, appeasement of George Bush, boasting about this country's generosity, whitewashing black history, bribing Saddam Hussein to buy our wheat then bombing his people, toleration of US torture and its treatment of David Hicks, to name a few.

Ps - I like Canada BTW, that's why I recommended it.

Pps - The above ps is possibly misleading. I haven't actually been to Canada yet. However, I think that I would like Canada, especially snowboarding there at some stage in the near future.

Ppps - I know this might be hard for some readers to believe, but I have never voted for the current Federal government. It's just that most attacks on them, such as Neville's, are vitriolic garbage, that seem to come from some kind fantasy land, instead of the real world.