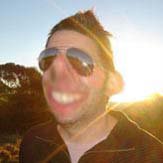 More False Positioning from another left-winger. That's two in a row (here's the 1st). (Someone send me a fallacy from a right-winger please.)

This one comes from a man prepared to stab his own family in the back for publicity, the always sneering "journo" Antony Loewenstein. He claims this about columnist Mark Steyn's address at The Centre for Independent Studies event in Sydney, the Big Ideas Forum:

He lovingly recalled English imperialism and its attitude towards the natives. They at least realised that some cultures were superior to others, Steyn said.

But as J. F. Beck points out, Steyn actually said:

Two hundred years ago, in a more culturally confident age, the British in India were faced with the practice of Sati—that’s the tradition of burning widows on the funeral pyres of their husband. General Sir Charles Napier was impeccably multicultural. He said: ‘You say that it’s your custom to burn widows, very well. We also have a custom. When men burn a woman alive, we tie a rope around their neck and we hang them. Build your funeral pyre; beside it my carpenters will build a gallows; you may follow your custom, then we will follow ours.’ As it happens, my wife’s uncle was named after General Napier which I guess makes me a British Imperialist by marriage. But India today is better off without Sati. And what’s so strange about the times we live in is that even to say that is to invite accusations of cultural supremacy. If you don’t agree that India is better off without Sati, if you think that’s just dead white-male-euro-centricism, fine, but I don’t think you really do believe that. Non-judgemental multiculturalism, cultural relativism, is an obvious fraud and I think it’s subliminally accepted on that basis.

Beck then draws this conclusion:

Steyn's citing of cultural change forced by hanging is hardly a loving recollection. Perhaps Loewenstein subscribes to a non-interventionist policy that would see widows cremated alive with their dead husbands.