The ABC of arguing by artifice 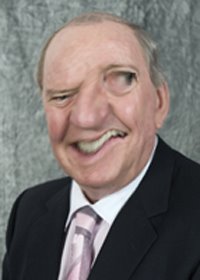 The ABC's Chris Masters, a reporter for Four Corners, was to publish an unauthorised biography of broadcaster Alan Jones. Apparently Jones threatened a law suit, and even though ABC lawyers had checked the content to make sure it was kosher (according to Lateline tonight), the ABC Enterprises board of directors met and backed down.

The ABC directors constructed this Argument by Artifice to justify their pusillanimity:

However, as Masters points out:

It seems they had ample time to figure out if a biography of one of the most influential broadcasters in Australia, a man who also coached the Wallabies for four years, a man who wrote speeches for the current Aussie PM, a man who was arrested* in 1988 for behaving in an indecent manner in a lavatory block in London, could make money or not.

When asked to comment, Jones had nothing to say, though as the photo shows, he did seem pretty pleased with himself (about the book, not the London incident).

When Masters finds a new publisher, I'll buy a copy for sure. It's got everything.

Update (5th July): More details of the book and its commercial viability in Today's Australian:

The publishing world is now in a bidding war for what it expects will be the "book of the year"...

Matthew Kelly of non-fiction publisher Hachette said: "It will be one of the biggest books in Australia released this year.

"I think any commercial publisher in Sydney or indeed any publisher in Australia would be interested in talking to Chris about this project. It's a very attractive proposition, certainly in my view."

Crikey has more too:

Penguin, Allen & Unwin and HarperCollins – reportedly offering ...an advance somewhere in the region of $170,000. ...they anticipate the possibility of making around $300,000 profit from this book...

...[the ABC] will wear a $100,000 loss. It's lucky that the ABC's board members aren't involved in anything serious like directing the fortunes of a public media company. Otherwise they would be facing a very hostile AGM in the next few months.