Michael Leunig - A Portrait of the Artist 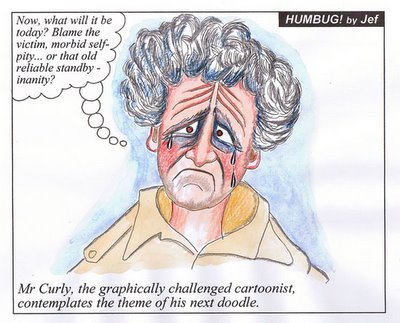 Michael Leunig has been under relentless attack recently, and I feel I need to stick up for him.

Anyone who can carve out a career as a cartoonist without having either: (a) a sense of humour; or (b) graphic skills deserves some credit, no matter how offensive some of his cartoons have been.


More Leunig:
Michael Leunig: Fake but True, and True but Fake
The Secret of Michael Leunig's Success
Posted by Jef Clark at 8:47 pm